Home News Belgium: A Notice to Our Own Vulnerability
Please share!

Following the bombings in Belgium, my thoughts immediately turned our friends overseas that are now suffering from the latest ISIS terrorist attack, I pray for their safety. However, my thoughts are also with my fellow Americans (many that are asleep at the wheel) because we too are vulnerable.

Despite the common misconception that this could never happen here, the reality is it is only a matter of time before terror hits home (again) and this is thanks to our nation’s failing leadership. So, we must remain vigilant be prepared for anything.

It’s not just the fact that our borders remain wide open in an effort to be politically correct, but it’s the fact that we are doing next to nothing to stop the threat from ISIS extremists. In fact, we are actively enabling the rise of extremism by pretending it does not exist.

The attacks in Paris a few months ago should have been an eye opener for the Obama Administration. However, nothing has been done. Following the Paris attacks the French Governor immediately started developing plans to bomb strategic targets, (that’s right, the French) which is ironic being that they are not known for military aggressiveness. This caused me to pause for a moment in thought… What had the Obama administration been doing over the past year and why are there still targets left for the French to bomb?

My open letter to the POTUS:

To President Obama, the time has long since passed for you to lead. No, I have never voted for you, but you are President nonetheless. I had hoped what happened in Paris was an eye opener, but We the People have still yet to see any semblance of leadership from you… Nothing.

San Bernardino was initially reacted to by your administration as ‘workplace violence’, despite the fact that We the People immediately knew the ugly truth. And still nothing, you have done nothing to stop the rise of terror.

Now, Belgium, what will you do President Obama?

Thirty-one innocent individuals lost their lives Tuesday and nearly two hundred are desperately fight to stay alive… Yet you stood unmoved to the plight of those suffering as consequence of your own inaction. Adding insult to injury, instead of standing in solidarity with Belgium, you decided it was more important to paint Castro as the pillar of human rights.

Whose side are you really on?

Mr. President, you have no election to lose in November, so you are no longer beholden to your leftist elites. You are the President of the United States and the leader of the free world, with that comes immense responsibility…

It’s time to help our allies and ourselves with swift, sure action. Protect the people you swore an oath to, twice.

Now’s your chance to be historical for something other than the color of your skin. Find the silver lining in adversity, through a common foe, we can unite the world in common cause, the defeat of ISIS. The United States must once again accept the call to duty and be that shining city on the hill, that beacon of hope for the world. This is not nation building, this is national defense. Do you have the stomach for it?

Perhaps I am being idealistic, or just hopeful. But the fact remains, it’s time to lead.

Thoughts on this? Let us know in the comment section below. 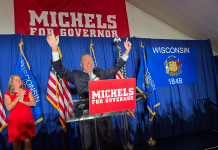 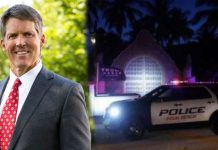