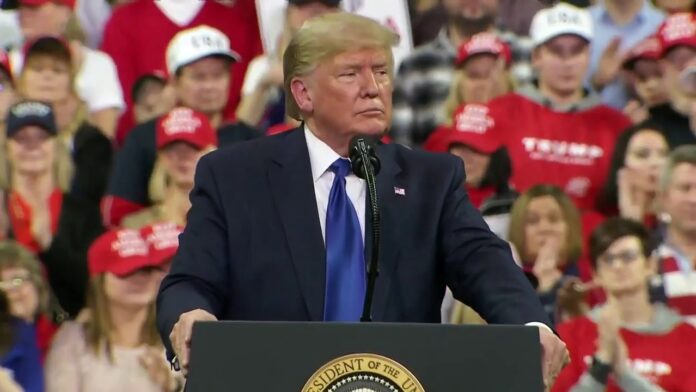 President Trump said, “Last spring, Wisconsin voters, as you know, elected a great judge to your State Supreme Court, and this spring you have a chance to re-elect another terrific judge, Justice Daniel Kelly. Go vote for Justice Daniel Kelly to defend the rule of law in Wisconsin.”

The election in on April 7. Learn how you can vote early at myvote.wi.gov.

Other notable endorsements for Justice Kelly:

“I have had the honor of serving on the Wisconsin Supreme Court with Justice Kelly for several years and enthusiastically endorse his continued service to the people of Wisconsin. Justice Kelly demonstrates a deep dedication to the rule of law and faithfully defends the Constitution. Possessing an exceptional judicial temperament, Justice Kelly promotes collegiality among his colleagues. Justice Kelly’s work on the State’s highest court is recognized for its principled adherence to saying what the law is, and not what he may wish it to be.”
— Justice Rebecca Bradley

“Justice Kelly embodies the kind of principled decision-making we all want on the Wisconsin Supreme Court. He knows his job is to say what the law is, not what he thinks the law should be. Justice Kelly’s commitment to the Constitution and the Rule of Law is second only to his commitment to his faith and his family. Justice Kelly is an able leader, a faithful judge, and a good man. We need him on the Wisconsin Supreme Court, and he has my full support.”
— Justice Brian Hagedorn

“Justice Daniel Kelly has served with scholarship and distinction on the Wisconsin Supreme Court. I support him because his steady presence is needed on the Court.”
— Retired Justice David Prosser