Home Covid-19 While others are suffering, the Wauwatosa School Board unanimously votes for $867,000... 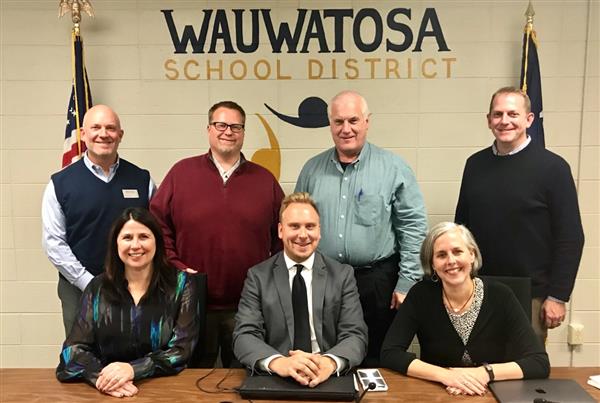 I bet you didn’t know that the Wauwatosa School Board just blew $867,000 of your hard earned money.

It was a cold December evening in Wauwatosa when the cold hearted, ‘woke’ Tosa School Board members, once again, have proven that they care nothing about the Wauwatosa tax payers. They did so very quietly as not to get much attention to their betrayal.

For the past several months, the American people have endured economic decline and draconian shut downs in the face of the world wide Covid-19 pandemic. Business have had to adapt, cut employee hours, lay people off, or even permanently shut their doors during this crisis.

To add insult to injury, here in Wisconsin, tens of thousands of employees, who have had their hours reduced or completely eliminated were forced to file for unemployment benefits that, for some, have yet to materialize. On top of that there are thousands who are on the edge of losing ALL their unemployment benefits the day after Christmas. This is whether or not another stimulus is passed.

This has been devastating for thousands of people, even in the city of Wauwatosa. That is, unless you’re a Wauwatosa School Teacher or School employee. Throughout this crisis, they still continued to get their FULL pay and benefits. No reduction in hours, no cut in pay, no layoffs.

So, in their ‘infinite wisdom’, the ‘woke’ school board felt it was necessary to shell out “Bonuses” at $1,000 per teacher and $500 for office staff member. This has a whopping total cost of $867,000 in hard earned taxpayer money. By the way, the vote was UNANIMOUS!

You see, the excuse was that teachers had to keep working during the pandemic because they were deemed ‘essential’.  Because they ‘earned’ it. So basically they are getting a bonus for DOING THEIR JOB! Sure, they did have to adapt to a new way of doing things, but the truth is, WE ALL DID!

What makes teachers so special? We all work hard. I am tired about hearing about the hours or the fact they put 12 months into 9 months. Well, private sector employees put 15 months into 12. What’s the difference?

Not only is this a slap in the face of the Wauwatosa taxpayer, but also a slap in the face of Tosa parents. How many of them had to cut hours at work, or quit their jobs so they could be home with their kids? Then there’s the parents who couldn’t afford to quit and had to incur the additional expense of childcare are home.

Where are their $1,000 bonuses. After all, as the ones footing the bill, I think THEY’VE earned it.

I am a big supporter of teacher bonuses for performance, over and above, but this has to be tempered with common sense. Tosa Schools DO NOT have the money for this and it is in poor taste in light of all the suffering out there for the people who are not on the public dole.

Let’s not forget that this comes on the heels of the recent $125+ Million referendum boondoggle. You know the one where the schools didn’t have enough money to perform basic maintenance.

This school board will stop at nothing to frivolously spend OUR money. HOW DARE THEY?People are suffering out there and they are handing our our money to people who were financially unaffected.

I am not engaging in hyperbole when I say this was a betrayal.  Perhaps it’s time to recall the whole Wauwatosa School Board. Stay tuned.

Below is the whole meeting…