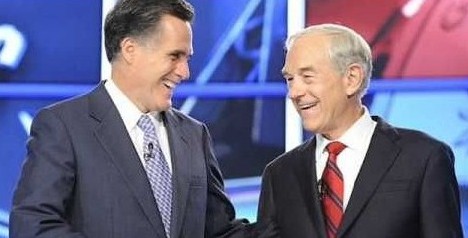 Many Ron Paul supporters are angry with the fact that he did not get the nomination, and are prepared to cause irreparable harm to our nation just to prove a point – but at what cost?

Let me begin by saying that Mitt Romney was not my first choice; however, over the past weeks, he has far exceeded my expectations. Now, I can truly say that I am fully supporting Mitt Romney, not just voting against Obama.

Everyone knows of Ron Paul and his spirited passion for government reform, much of which I agree with. Out of all the candidates, he was the only one with the courage to say what really needed to be done to fix our financial woes.

However, we also know the reality: swift cuts, like the ones he wanted, would have been difficult to accomplish – would be very difficult, and his party knows it.

The problem with Ron Paul is not his beliefs, his age, or even his eccentric passion; it is his die-hard supporters. There is no way Ron Paul could have lost, right?

Well, that is wrong. He never, at any time, had the majority support in the GOP. This may be disappointing, but “the process is the process.” Primary after primary, Ron Paul was behind in the polls. Sure, there were some rays of hope for Paul in some states, but never enough to obtain the nomination.

Ron Paul lost, GET OVER IT!

Like so many of the spoiled public employees of the past year, many Paul supporters are upset that they did not get their way. Now you are all saying that you will vote for a third party, or not vote at all. Are you serious? If you truly believe in what Ron Paul stands for, you will follow the lead of many Paul supporters and support Mitt Romney.

If choose not to do so? You were never truly a Ron Paul supporter and would never have actually voted for him in the general election; this is especially true for the anti-war supporters. You know who you are, own it.

Reality Check: A VOTE FOR ANYONE OTHER THAN MITT IS A VOTE FOR OBAMA. If we are to defeat Obama, we need to be unified in our effort. Nothing else matters.

You can bet that Obama’s supporters will be out in great numbers (and multiple times) – it is a historical fact. Trust me, I like the idea of a strong third party; there may be time for that, but this is not that time.

A third party could easily swing the election toward Obama, but is it worth it? Remember, it has taken decades of progressivism to get where we are, so it will take years to undo all the damage.

First, we must stop the bleeding, then, mend the wound. Mitt Romney, along with conservative control of the House and Senate, will stop that bleeding.

It’s gut check time. Will you support moving closer to what Paul was fighting for, or will you continue this self-destructive progressive path we are on. This whole election can swing on 5 percent.

Are you willing to sacrifice the entire American experiment, all to prove some ideological point? It is all quite literally in your hands. Choose wisely.