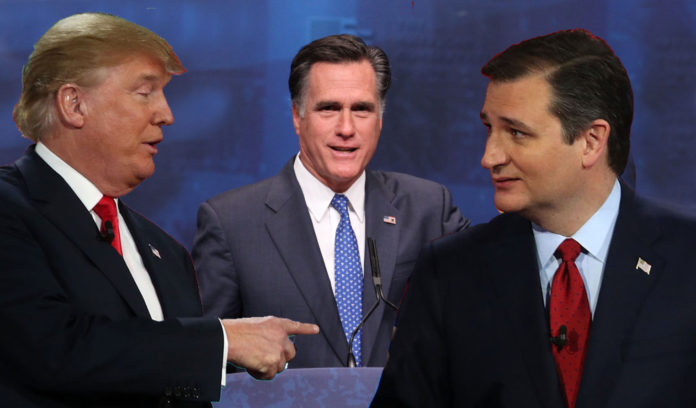 In our quest for ‘Conservative perfection,’ many voters on the right inadvertently handed Barack Obama another four years on a silver platter simply because they stayed home to protest the GOP’s nominee selection. This counterproductive protest was largely fueled by anger against the GOP establishment and their refusal to represent the will of the people and sadly, it would appear history just may repeat itself here in 2016.

I say this because this year has been one of the most contentious presidential election seasons that I can remember. Making matters worse, the establishment has never before been challenged on so many fronts and now they are attempting to fight their way out of the metaphorical corner.

When looking at past election cycles, there is a usually a very common trend at this point in the race for party nomination… That trend being that that political outliers have been eliminated from the field, leaving only the candidates closest in line with establishment’s agenda. However, as we are currently witnessing, this race is anything but business as usual.

The two front runners, Trump and Cruz, are unapologetically anti-establishment, leaving the establishment’s only hope as Ohio Governor John Kasich. Due to that fact, the establishment is now facing an unprecedented challenge, causing them to let out a collective gasp while they struggle to regain control.

In the past, right has generally been rational, but this year emotion is king. So emotional, that people are willing to forego recovering from the disastrous left-wing Obama presidency in an effort to try again for a more ‘perfect’ candidate in four years. Are you kidding me? I am not willing to give up on my country so easily and it bothers me that some people are.

Of course this beast is being fed by an establishment that is petrified of losing it’s power. Both Donald Trump and Ted Cruz are outsiders, causing leaders to push for a brokered convention so they can nominate ‘one of their own.’

This seems to be the only reason for John Kasich remaining in the hunt since there is zero path for him to get the nomination through primaries. Of course, this would cause millions to leave the Republican Party, to say nothing of the bad visual of selecting a candidate that has only won a single state and barely any delegates.

On the other hand, the Cruz and Trump supporters are not behaving any better. I have been hearing people saying that: if Trump doesn’t win, it’s rigged and I am not voting, or Trump is not Conservative, if he wins, I’m voting for Hillary.

In other words people on all sides are reacting with raw emotion instead of thinking rationally.

The most frustrating is that we finally getting the chance to shake up the establishment and many are willing to throw in the towel over hurt feeling. This mentality is almost surreal. In the past, we would all support our chosen candidate through the primaries, but would then unite to support the nominee.

Obviously, we never get the ‘perfect’ candidate and not supporting the nominee is playing directly into the hands of the left again. Frankly, those that are saying that Hillary is a better alternative are spewing utter nonsense.

The honest true is that too much is at stake, especially tilting the Supreme Court to the left for the next generation.

Clearly, a majority of Republicans support shaking up the establishment and it is time for the party to listen. Whether it’s Trump or Cruz, support your candidate through the primaries, then we need to unite and we need to do it soon.

Check your hurt feelings at the door and let cooler heads prevail. To quote Andrew Breitbart, ‘if you’re not in that bunker because you’re not satisfied with [a certain] candidate, more than shame on you! You’re on the other side!’ Decide, then get to work, your country needs you.