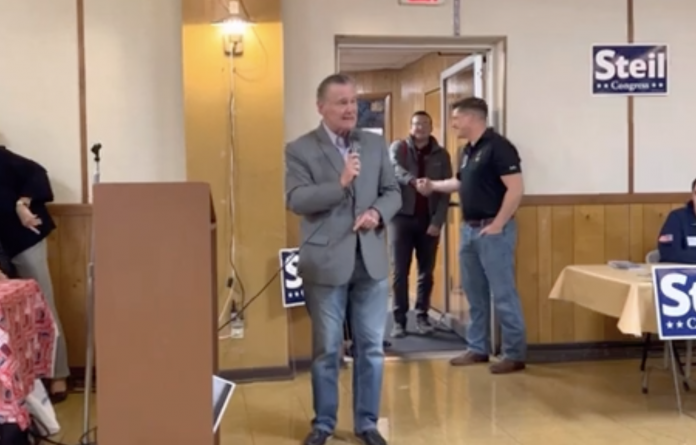 At a rally at Clifford’s in Hales Corners, our very own ‘Fighting’ Bob Donovan proved, once again, why Wisconsin needs him in the State Assembly. He gave a passionate and energizing to hundreds of supporters to work hard to elect Conservatives up and down the ballot.

Hearing how genuine he’s and ho he connects with people explains why the people of the 84th District overwhelmingly voted for Bob in the primary.

Like I have said before, Bob Donovan is a rare breed when it comes to politicians. He actually works to serve the people he will represent and will definitely NOT go to Madison to be a ‘backbencher.’

Electing Bob Donovan is electing a true statesman, not a politician. Here is the video of his speech: